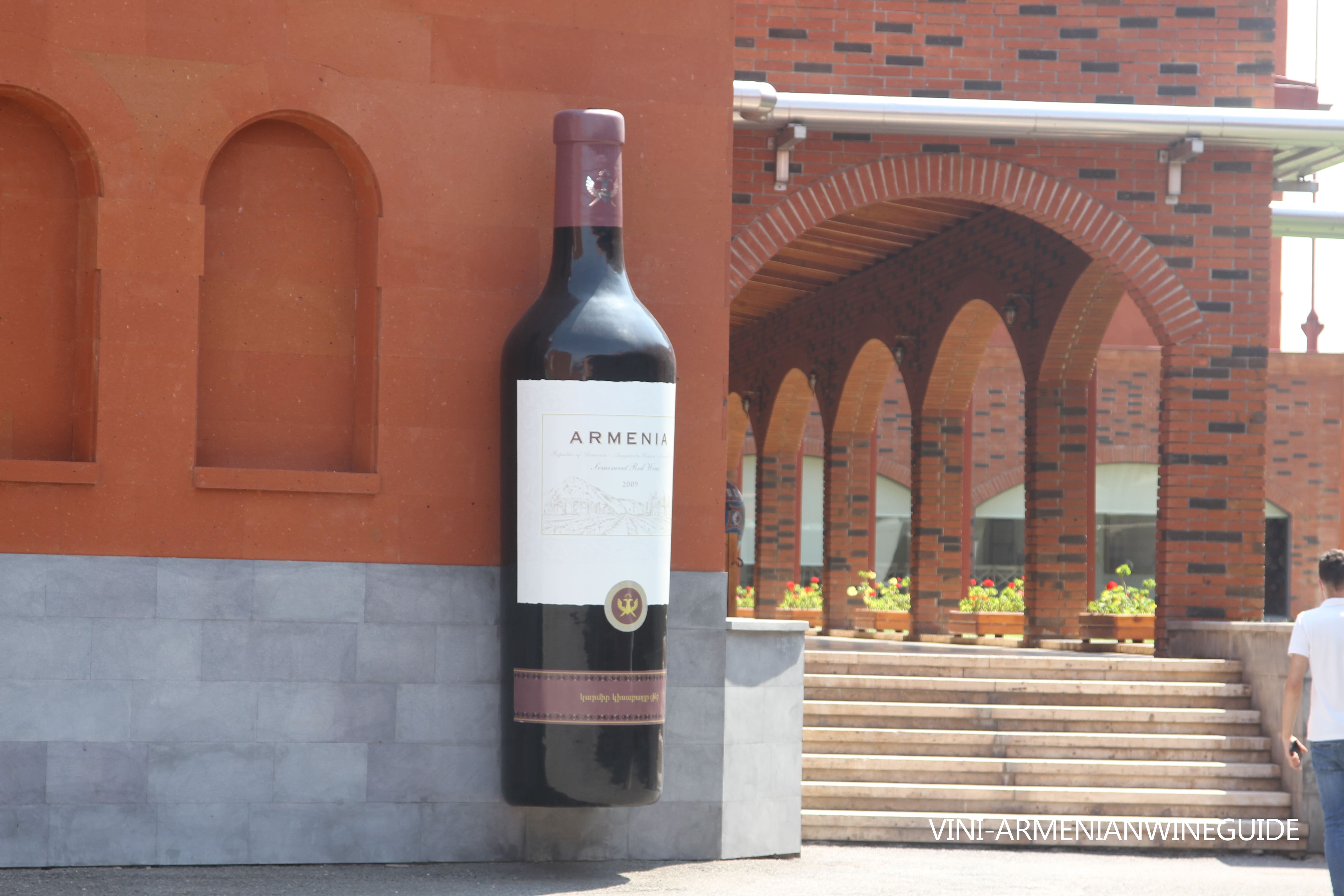 Wine is art. Wine features the character and the ambitions of its creator, it is the mirror of the nation, personalizing the nature of people and their multi-layer history.
A sip of wine invisibly connects us with the winemaker, sharing with us some of his or her dearest secrets.
It’s not easy to weave together wine, architecture, art, traditions, and history to create a complete picture. However, the ambitious ones are lucky enough to get it. This is how the wheel of the Fortune spinned favourably for one of the merited representatives of the Armenian winemaking - Armenia Wine Company.
By combining centuries of traditions and modern technologies, Armenia Wine is among the leaders in the first echelon of the Armenian winemaking and viticulture.
Persistence, hard work and love brought the company to the international arena for a short period of time to occupy there a well-deserved niche.

Wine is a result of immense love and years of scrupulous work. It is the combination of paternal strictness and maternal love that transforms the grape juice to a truly drinkworthy wine, endlessly living in the soul of every person who is going to taste.
Every sip of Armenia Wine sends us a mystic message where we can find the clues to the greatest mysteries of the universe.
A sip of wine is a sip of pure sun. 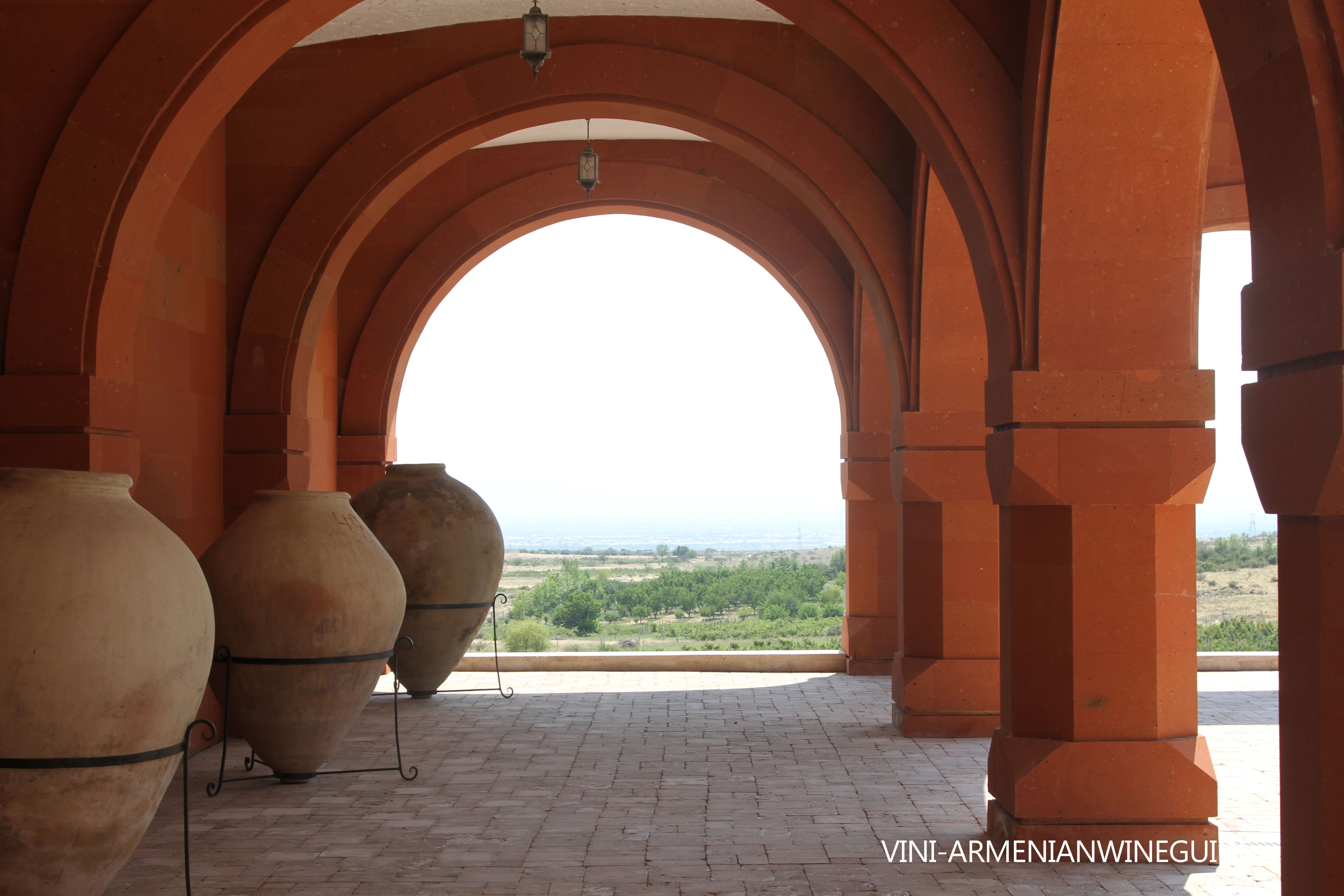 Founded in 2006, Armenia Wine is a family-run enterprise. Having big aspirations, the Mkrtchyan and Vardanyan families committed themselves to the immense work for the good of the Armenia winemaking.
In 2008, the construction started in the Sasunik village of Aragatsotn region. Today, the winery occupies a territory of 5 hectares.
Indeed, shortly afterwards the winery became a major tourist site which attracts both wine lovers and avid wine snobs.
The winery goes on expanding its territory, A church is being built now which will become the pearl of the architecturee complex of the whole Armenian Wine. After the blessing and the first mass, it will be officially handed over to the Mother See of Holy Echmiatsin.
Here, every single detail is trully beautiful and meaningful. Each building, ornament, column and arch takes us to the depths of the history, art, and the science of winemaking.
The official Armenia Wine logo is not an exception in this regard. Two powerful eagles symbolize the two founding families. The main symbol of Armenia, the Biblical Ararat, is also featured in the logo. The wings of the eagles convey the high aspirations and ambitions of the company, and the sun rises above it all as an irreplaceable satellite of winemaking. All these elements together form Latin letters A and W, to mean Armenia Wine.
“Discover Armenia in our wines”, this is the principal slogan of the company, which restates its mission of popularizing local wine production and bringing it to the international arena.
A highly qualified team, modern production technologies, high-quality stock and equipment, and, of course, thorough management by international consultants undoubtedly yield tangible results.
Jean-Baptiste Soula from Bordeaux, France, is the chief consultant of the company. He always takes challenges readily and with high sense of responsibility to create excellent wines in Armenia to express the deepest levels of spirituality and cultural strata.
“A sip of the sun in our wines” is yet another creed of the company. One can feel right that sip in the sparkling wines of Armenia Wine. World-class professional Paolo Piera from Rome, Italy, consults this line of production.
Having a high range of alcohol production, the company also impresses the world with its brandy (made in the cognac style). Olivier Chapt, a professional from Cognac, France, supervises this department.

Decent wine production always starts from grapevine, which is why love and care for vine is a key to success in winemaking. This “religion” is “preached” by Ruben Avagyan, the chief viticulturist of the company. He's been with the company since the very beginning, cultivating grapes with huge dedication and without sparing efforts.
The first vineyards were established in 2006. The winery now owns two large vineyards in Armavir and Aragatsotn regions of Armenia. At the same time, it purchases grapes from the other two regions – Ararat and Vayots Dzor.
Errorless grape selection is a priority for the company. Today, more than 15 local and international grape varieties are cultivated here.
The main red varieties are Areni, Haghtanak, Kakhet, Karmrahyut, Saperavi, Merlot, Cabernet Sauvignon and Cabernet Franc.
The white varieties are led by Kangun to be followed by Voskehat, Rkatsiteli, Colombard and Muscat Ottonel.
The winery started a new project in 2017, aimed at growing organic grape for high-class wine production.
In 2017-2020, the company established 32 hectares of organic vineyards, 4 hectares of which were planted in 2017 and are covered with Merlot and Cabernet Franc. The remaining 28 hectares also are allocated to international varieties.
The vines for organic vineyards are imported from France and Italy and grafted on resistant American rootstocks to avoid the risk of phylloxera. At the same time, four hectares of vineyards are in the period of conversion (the process of switching to biodynamic viticulture).
The company’s production volumes are so large that besides self-owned massive vineyards it also purchases grapes from local farmers, making mutually beneficial long-term deals for decades. Over 600 farmers provide Armenia Wine with their grapes, which is why the wine can really be considered as genuinely Armenian: every sip of the wine contains the hard work of kind and fair farmers and the company’s professional team.
The company constantly manages the vine stress control through water sufficiency control.
The vineyards are equipped with a high-precision automatic drip irrigation system to save the water resources. The territory has two large freshwater reservoirs to ensure the irrigation needs are catered to.
The vineyards meet the highest standards, considering the peculiarities of the local terroir. Consequently, all the vineyards are maintained through European vine management system.
The exposition of the vineyards is predominantly flat with minor elevations located on 1070 m above the sea, whereas highest point reaches is up to 1850 m.
The high quantity of mineral and volcanic soils favorably influences the aroma of the wines. This is where the crispy freshness and mineral character of the white wines come from.
Due to the continental climate the vines are buried for winter, which starts in November, and the uncovering process starts in late February.
The 4 hectares of vineyards are covered with special nets of Italian production, to protect the plants from hailstorms, another “gift” from the local terroir.
During a visit to the vineyards, one can immediately notice a large number of shiny ribbons. The thing is that the ribbons are meant for fighting against the birds by slightly frightening them.
The first harvest took place in 2009. Harvesting is exclusively manual. It starts on around August 20 and lasts until November. The grapes should be transported from the harvest site to the winery during maximum 4 hours. 1.5 kg of grapes per vine are picked for the production of Super-Premium line, 2kg per vine – for the Premium one.
2014, 2018 and 2019 are considered the best years for the winery. 2020 vintage also gives high hopes for good quality wine production.

Armenia Wine pays a special attention to social projects and wine tourism.
Over the whole period of its operation, the winery has become a unique touristic Mecca, attracting visitors with its original design and architecture solutions in the style of a medieval castle, made from Armenian dark red tuff.
Numerous arches, portals, colonnades crowned with pediments, porticos and various pilasters together feature an architecture masterpiece, giving the whole building the aura of a temple of wine.
Almost all the elements of the building are decorated with countless bas-reliefs and unrivalled ornaments in the wine thematic. Everything here is indeed soaked in wine and grapevine.
The winery receives over 7000 visitors annually, 60% of them being foreign guests, and 40% - local tourists.
The Armenia Wine complex boasts a popular restaurant Nazani serving dishes of national cuisine thus contributing to popularization of gastro-tourism in the country.
The company is engaged in the Grape Blessing celebrations and actively takes part in such festivals as Areni, Voskehat Fests, and Yerevan Wine Days.
Another pride of the company is construction of the first and one-of-a-kind Museum of Wine History in Armenia.
Besides, a library of wines with the owners’ private collection of books on winemaking and viticulture is being built.
Every year the winery organizes a special reception and dinner for its old friends – the local farmers who supply grapes to Armenia Wine.
Having a large number of employees from the neighboring villages, Armenia Wine thus creates job opportunities. To partially keep the workplaces, the winery has not switched to fully automatic bottling process.

Armenia Wine tops the list of the wine producing companies in Armenia by the volume of exported alcoholic beverages. The beverages are exported to over 26 countries. The biggest market for the product is the Russian Federation, followed by the United States, Canada, Mexica,
China, Japan, Poland, France, Belgium, Austria, UK, Finland, Sweden, Italy, Czech Republic, Bulgaria, Latvia, Lithuania, Estonia, Belarus, Kazakhstan, and Israel. 70% of the total production is exported.
The company is highly regarded overseas among consumers, and continues expanding to other markets.