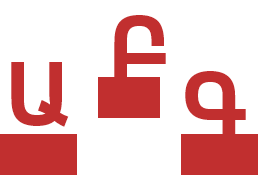 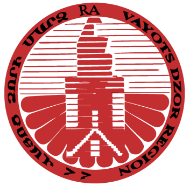 Armenia is a multidimensional and unique country in every respect - culture, ethnicity, nature and climate, relief and soil, centuries-old traditions and complicated historical path which laid foundations for the modern Republic of Armenia. All this directly influenced formation of non- ordinary trends in viticulture and winemaking in the country. Today winemaking in Armenia is focused in the regions where natural, climate and relief are more favorable for viticulture - Aragatsotn, Tavush, Armavir, Ararat, Vayots Dzor. The history of winemaking in the regions started centuries ago resulting in development of authentic winemaking traditions. Armenia is a mountainous landlocked country in Transcaucasia. Major part of the country’s territory is situated on 1000m above the sea level - between 38° and 42° northern parallels. Despite its small area, the country boasts diverse climate conditions, resulting from the vast variety of geographic terrains and significant difference in altitudes. The lowest point with vineyards is located on 420 m above the sea level and borders with Georgia, and the highest point with vineyards is situated on 1750m above the sea level. 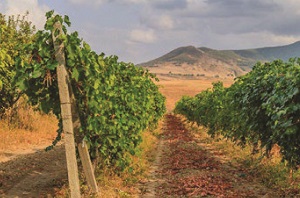 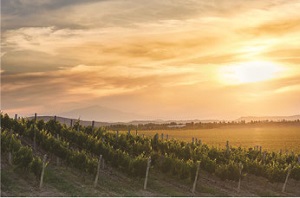 However, some small territories under the vine are located on as high as 2000m. The country’s climate is continental with hot, dry summers and cold winters with severe frost and wind. In some territories, like Ararat Valley, the vineyards need to be covered for winter. In summer the sun heats mercilessly. As an Armenian saying reads: “In the whole world grapes are considered the children of the soil, while in Armenia – the children of the sun”. Naturally, it is thus impossible to deal without irrigation which is allowed by law. In Armenia, one can meet any type of vineyards exposure, with southern, south-eastern and eastern aspects being dominant. Due to this exposure, highland vineyards get enough quantity of solar energy for grape maturation. The soil structure is comprised of diverse soil covers that include 5 layers and 14 types of soil. Besides, the soil is prevailingly of volcanic character. Dark red and dark brown soil with salt flakes is common in relatively low altitudes. One can see black soil in the middle heights and in the mountain chains, while at higher altitudes meadow soils are common. The fertile layer of the soil is quite thin, continued with limestone slap in many places. The groundwater is deep. Vine grows almost everywhere in Armenia, whereas high-altitude winemaking is possible only in particular areas. At the moment, there are more than 40 big, medium and small wine producers in Armenia. 85–90% of all the wine is produced in the following six regions mentioned – the Western lands of Urartu Kingdom, where most vineyards used to be located during the second half of the first millennium BC, so this is why it’s the cradle of Armenian winemaking and viticulture.