Yerevan is the capital and the largest city of Armenia, one of the oldest cities in the world. The city is located in the Ararat Valley, on the left bank of the River Araxes.
Yerevan is the political, economic, cultural, and scientific center, as well as the major transport hub in Armenia. The city has 2 airports, a railway station, and Metro.
Historically, it was the capital city of Kotayk Province of Ayrarat – an Armenian royal state where almost all the capitals of the ancient and medieval Armenia were located.
The city became almost deserted because of the Great Surgun when upon Iran’s Shah Abbas the Great’s order, 300 -350 thousand residents of the Ararat Province were deported. According to various estimations, around 250 – 300 thousand of these people were ethnic Armenians.
Later, the city was fully rebuilt and re-settled (in considerably smaller scales) in the 1690s.
In fact, Yerevan revived after 1828, when it became part of Russia.
Over the years of the Soviet rule, Yerevan entirely changed its look greatly owing to Alexander Tamanyan, chief architect of the city (the first master plan of 1924 as well as 1970) as well as M. Mazmanyan, E. Papyan and other architects.

Yerevan is located in northeast part of the Ararat Plain, located in the central part of the Armenian Mountains, on 900 – 1300m above the sea level.
Almost all the history of Armenian viticulture and winemaking is uninterruptedly linked to Yerevan.
Though there are no vineyards inside the city, it’s home to many wineries, brandy houses and already factories as well.
Many archaeological findings come to prove the significant role of Yerevan as a major Armenian winemaking hub.
Ancient fortresses of Erebuni on Arin Berd Hill and Teishebaini on Karmir-Blur Hill are the vivid examples.
A great number of wine cellars with karases, stone presses and many other attributes of winemaking industry of that epoch were discovered inside the city.
At the same time, private homemade winemaking with centuries-long cellars in historical quarters of the city also played a major role.
Every little street in Yerevan is filled with the cult of wine. The historical buildings are decorated with many bas-reliefs, panels and friezes featuring vine, grapes, karases and wine jugs.

Nowadays, Yerevan is home to many famous wineries and wine brands such as Gevorkian Winery, Maran and, of course, Wine Works – a unique incubator of small Armenian wine brands. 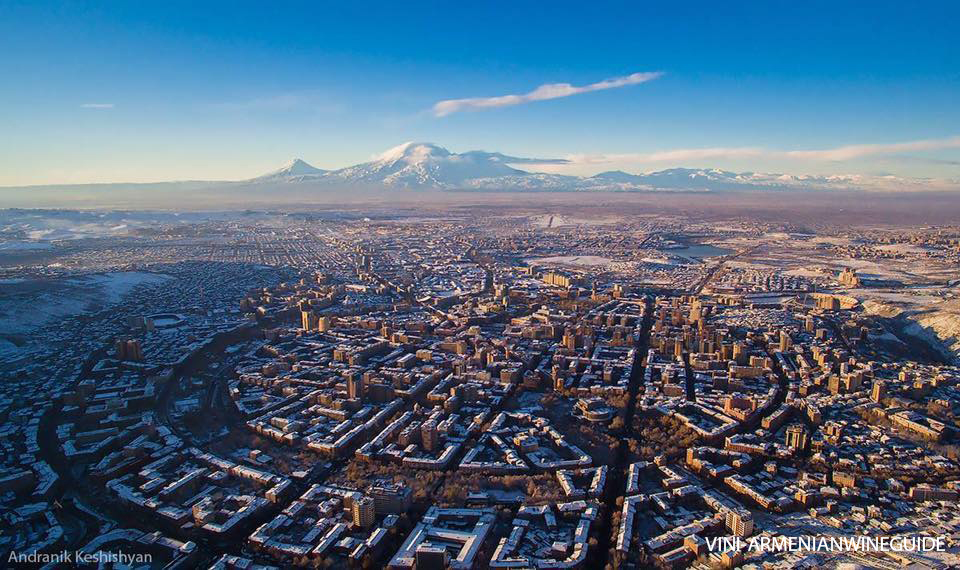 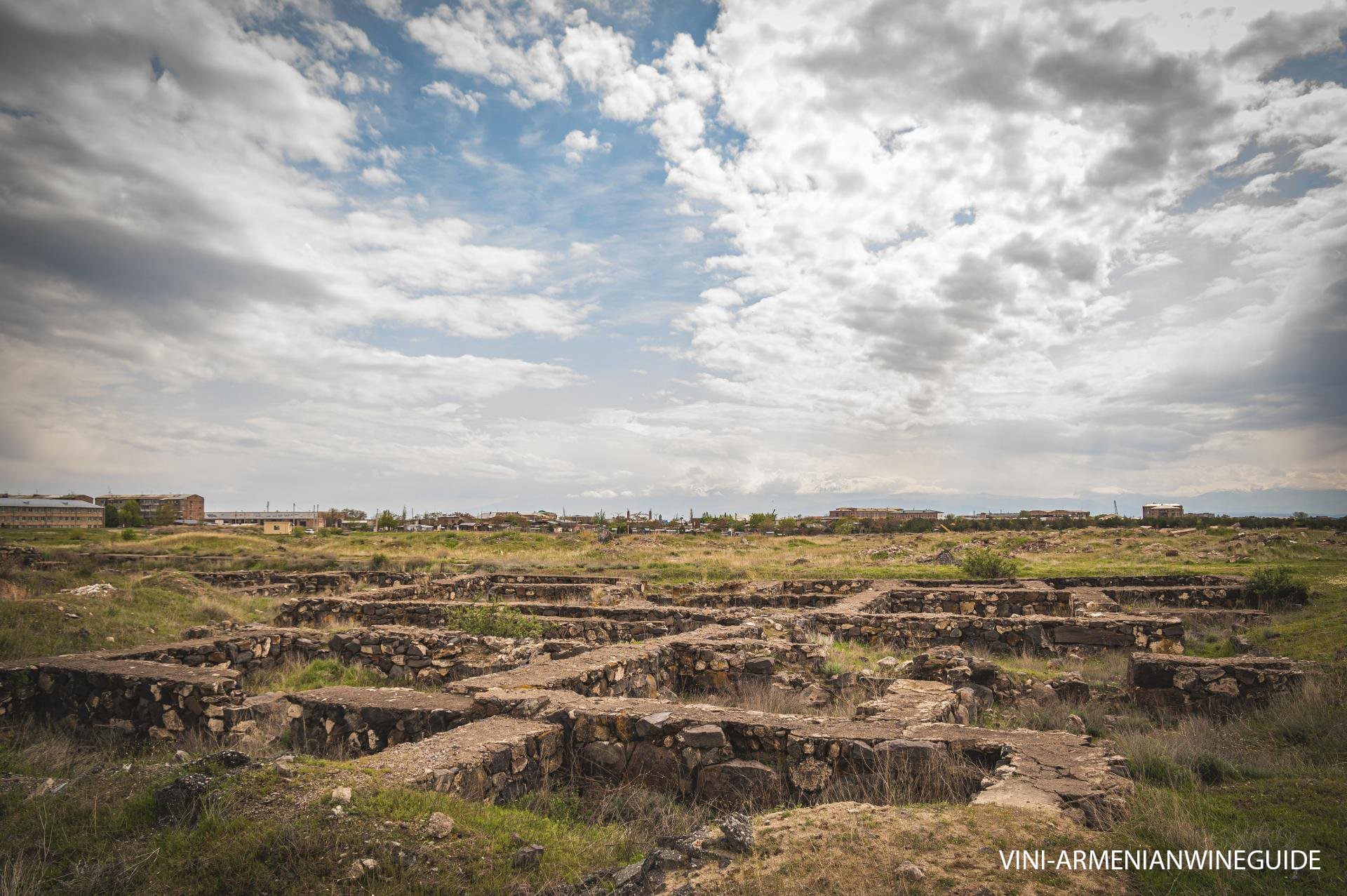 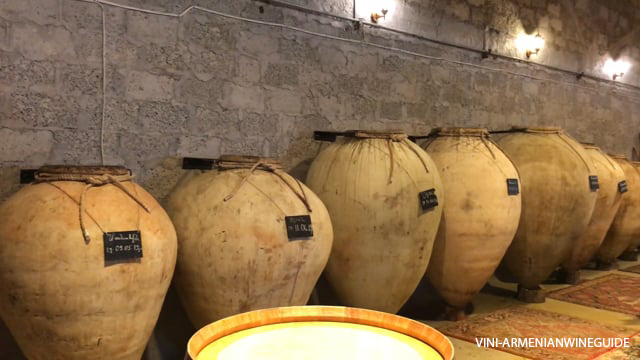