Two western provinces of Armenia, Ararat and Armavir geographically unite as Ararat Valley.
Vineyards grow on the altitude of 850 – 1000 m above sea level.
Climate is continental, with moderate hot summer. Because of the characteristic strict continental climate here, there is the biggest difference between summer and winter temperatures among all winemaking regions in the world.
Irrigation in agriculture is developed in the plain. The waters of Araks and its left streams Sevjur, Qasakh and Hrazdan irrigate the fields in the region. Irrigation systems are installed in almost all vineyards of the province; for this reason, Araks and many other artificial lakes and reservoirs in Ararat province have a significant role.
Part of the Ararat Valley of Ararat province is dried semi-desert. Here not more than 180-200 mm of precipitations fall per year, white in hot season 90 days in a row can pass without any precipitations. No vineyard can live without irrigation.
In the 1980s the quantity of drilled wells (200-250m) reached to 3000 by approximate calculations.
Ararat Valley can compare with subtropical Middle Asia with the duration of sunshine. During the warm period, the relation of sunshine contains 82-87% of the whole year.
The soil is poor, rocky, sand-clayey. Soil structure is based on Volcanic remains. Red and black tuff, pumice and basalt can be found in the vineyards.
The region is known as one of the agriculture development centres in Armenia, and the number of the grape varieties growing on this mineral soil is quite significant. The main grape varieties cultivated here are Karmrahyut, Garan Dmak, Mskhali, Kakhet. Rkatsiteli, Chilar, Haghtanak, Kangun and Voskehat also grow here.
The principal challenge for the region is Phylloxera the existence of which is officially announced.

The largest wine producers in the region are Tushpa wine Celler, Rikars winery, Vedi Alco and Eraskh Wines. There are also number of small family wineries in the region. 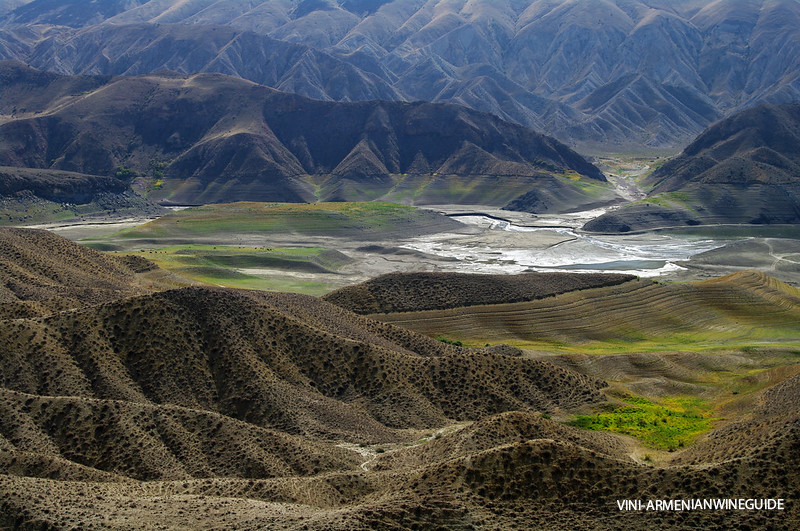 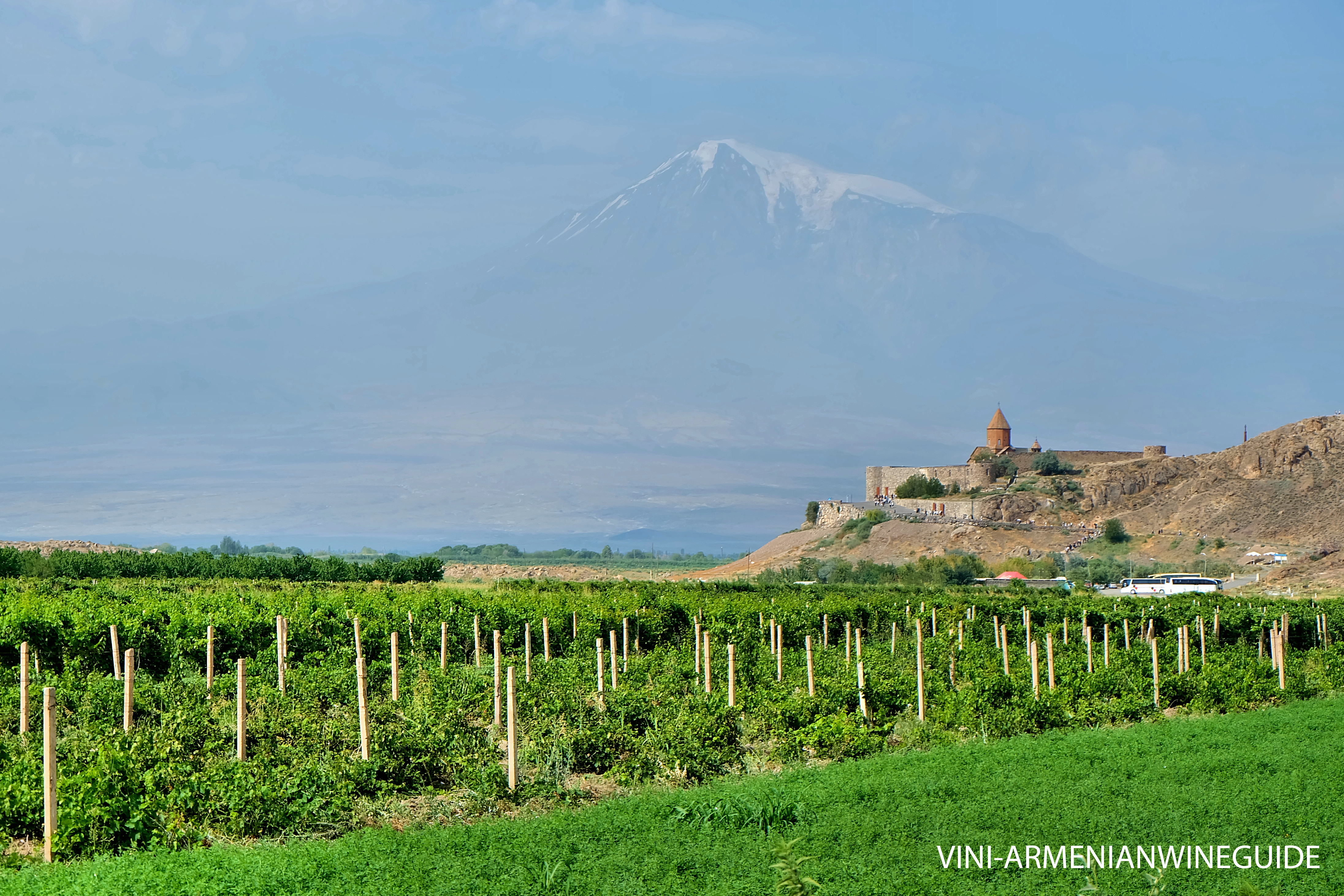 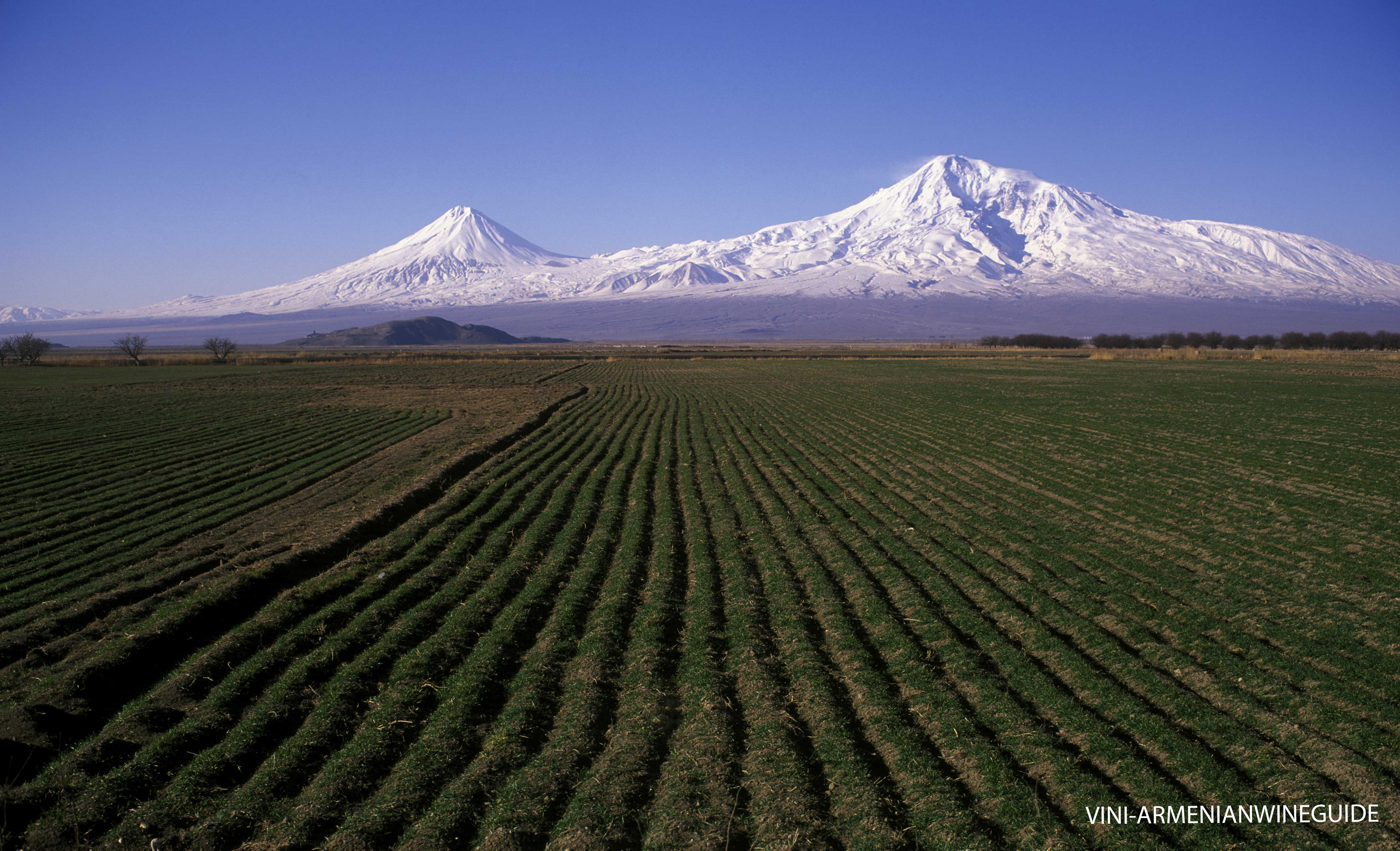