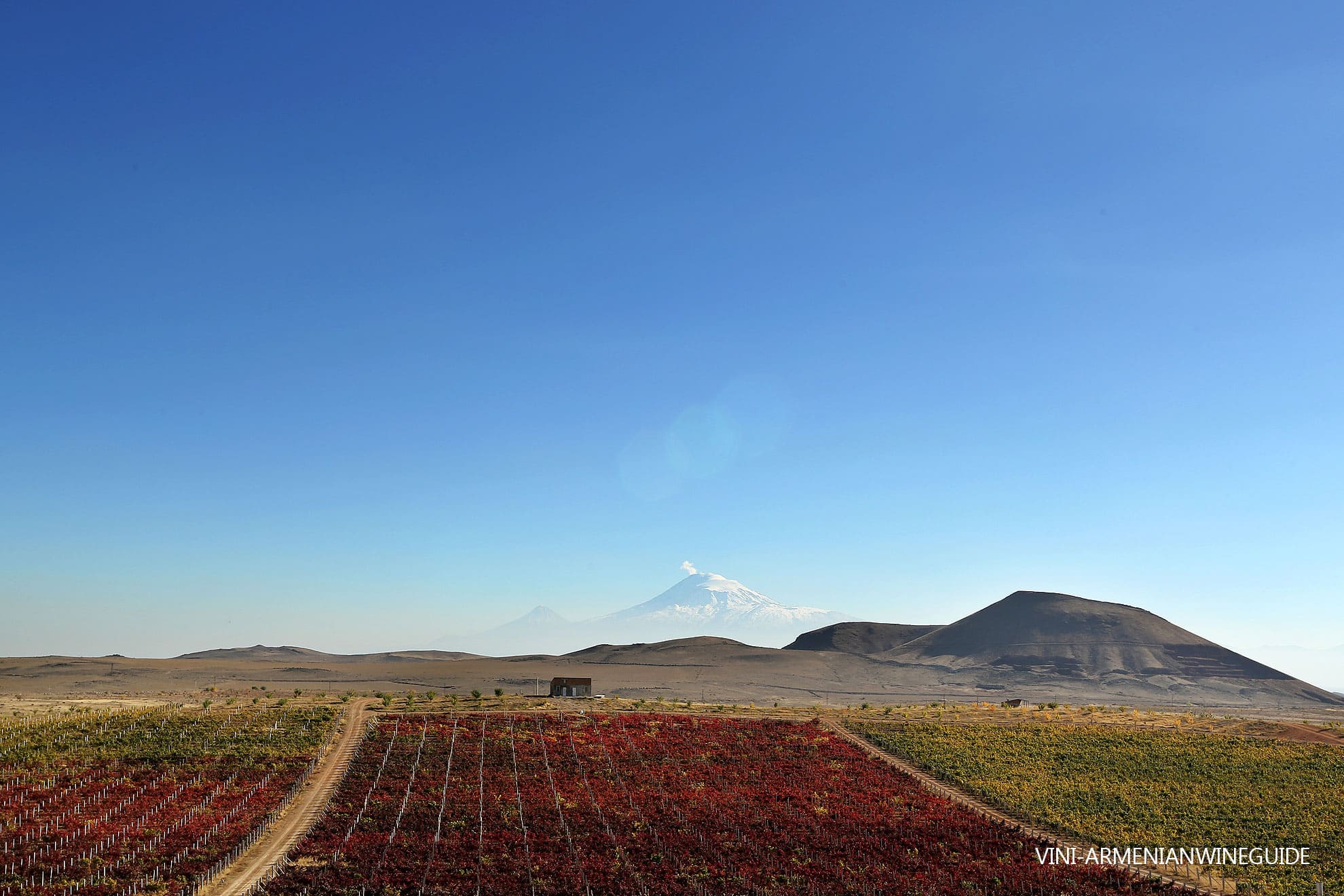 The Renaissance era was marked with triumph of culture over the darkness of the Middle Ages, revival of the great cultural heritage of the Antique World and birth of new movements - humanism and anthropocentrism.
It was during the Renaissance that the world culture rose like a phoenix from the ashes and stood with all its long-forgotten glory before the humanity.
Drawing parallels between culture and winemaking we can now claim that Armenian wine also goes through a bright and bold Revival period.
Nowadays, the cult of wine should indeed become integral to Armenia’s historical path. In this sense, ArmAs winery is one of the inspirers and founders of the whole era of Armenian Wine Renaissance.

A large group of employees works hard in the estate to build brighter future for Armenia as a winemaking country. Recognition of the Armenian wine as one of the cultural trademarks of our homeland is a priority for every winemaker.
ArmAs assesses the situation and the overall goal of Armenian winemaking rationally, which is why it channels all the efforts towards ensuring high quality of wine.
ArmAs should be now given credit for their hard work for reviving Armenia’s winemaking legacy. ArmAs Estate indeed manifests Armenian winemaking achievements with a special flair against the background of inspiring biblical Mount Ararat. 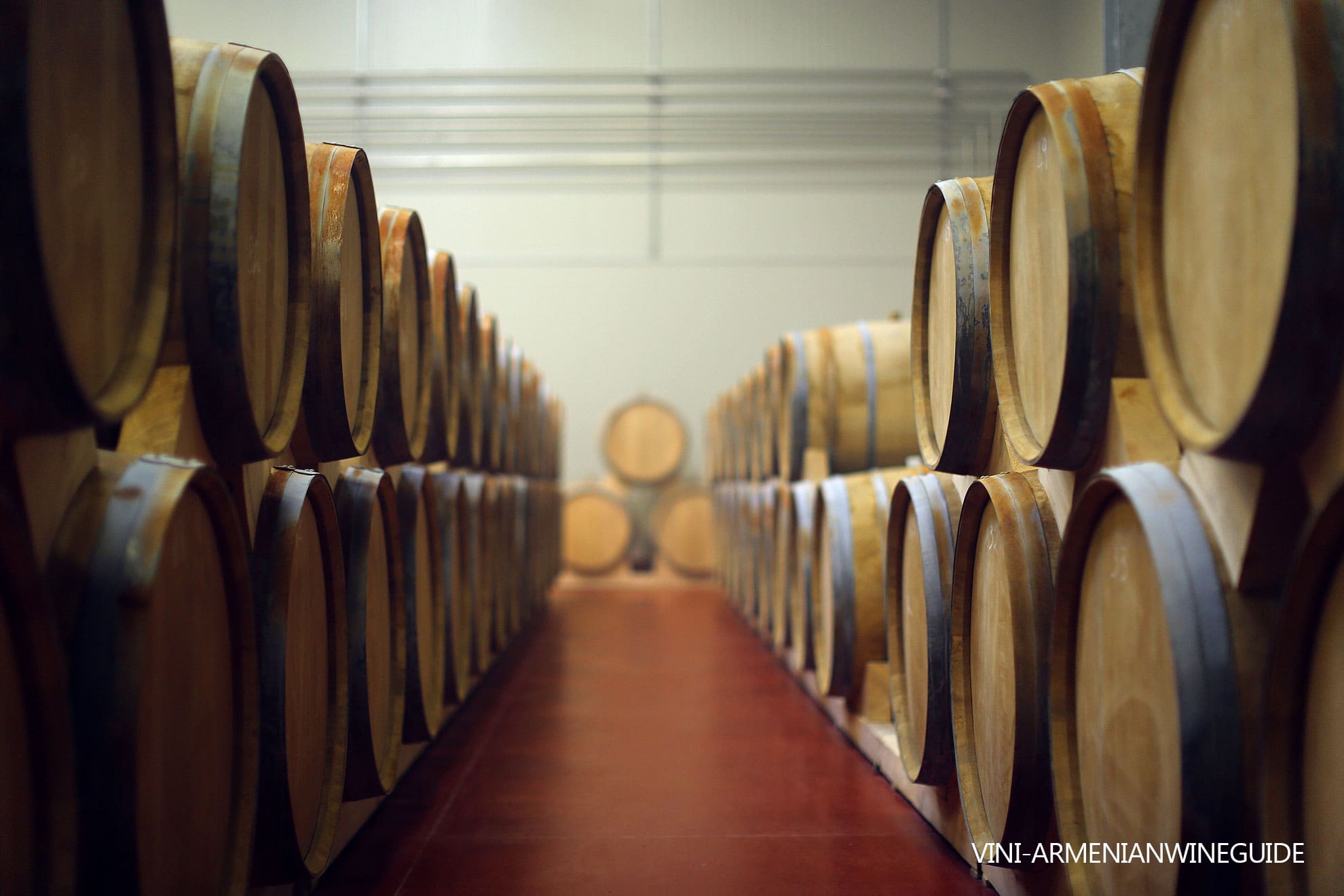 “Where there’s no wine, there’s no love”, ancient Greek playwright Euripides’ saying wonderfully describes the core philosophy of ArmAs winery. This love is passed on from one generation to another in the Aslanyan family.
The grandfather of Armen Aslanyan, the ArmAs winemaker, dedicated his whole life to grape and wine. Over long years, he persistently produced his own wine in the village of Nor Kharberd. Only one generation later did his grandchild overtake the tough burden of a winemaker with the same initials, supported by his young and ambitious daughter Viktorya Aslanyan.
Founded in 2007 by Armen Aslanyan, ArmAs is a family-run winery ensuring the full circle of production. “Do the best”, is the firm creed of the family.
The winery’s philosophy has a deep meaning and goal to present the Armenian history of winemaking, religion, art and culture on the whole through wine.
The logo of the winery comes to vividly illustrate the philosophy, featuring a unique Armenian calligraphy “trchnakir”, or “bird letters”. It is the method of twisting and bending the letters of the Armenian alphabet to transform them into images of birds and other eloquent ornaments.
The wine labels are also directly linked to the cultural heritage of the Ancient Armenia, featuring unique khachkars (cross-stones) as eternal symbols of the first Christian country of the world.
The logotype and labels have been thoroughly designed by Viktorya Aslanyan, with a special focus on the color palette. The bright tints of red, yellow, blue and orange are just astounding. Purple has a special role in the palette as a symbol of royalty, magic, enigma and nobleness. Worn by Armenian magistrates, it was the royal color of Byzantine and Holy Rome Empires to be used later by Roman Catholic bishops as well.
It is in the epoch of Renaissance that the color was given a second life in the works of great painters of the Renaissance featuring the Holy Mother and angels wearing purple garments. Again comparing the Wine Renaissance in Armenia, here we also see a special accent on the noble purple.
However, the Wine Renaissance does not end here. The most prominent achievements of the estate are their own vineyards beautifully located against the background of the biblical Mount Ararat, giving birth to the exquisite and unique ArmAs wines.

The first ArmAs vines were planted in 2007. The overall territory of the winery makes 180 hectares, 110 hectares of which are the vineyards, 40 hectares are occupied by orchards with apricot, peach, cherry, plum, apple trees for dried fruit production. The rest of the 30 hectares is
occupied by internal infractures. ArmAs also owns 12hectares of land in the village of Sasunik.
70% of the plantings are white varieties while the remaining 30% are red.
The main cultivated varieties are Kangun, Areni, Rkatsiteli, Karmrahyut and Voskehat. All the planting stocks are local and grow on their own roots, sometimes are covered in winter depending on forecasted weather conditions.
The vineyards are located on 1050-1300meters above the sea.
Carefully thought-over irrigation system is of special importance in the production. Irrigation is an obligatory process as the soil is meagre, with great number of rocks of various sizes which is an obstacle for humidity. Thus, the vine constantly fights for survival. The vineyards are irrigated through the company&#39;s freshwater reservoirs and also through central water-supply system.
The soils are mostly of volcanic character. In some parts, there is basalt and oftentimes one can find areas with mineral and lime soils.
The landscape architecture of the vineyards is astonishingly beautiful. The vineyards feature long even rows of vines with a distance of 1-1.2m between the rows, and around 1m between the vines.
The whole area of the vineyards is also planted with endless numbers of roses giving a special aura to the whole space. Besides the aesthetic function, the roses also play an important role in detecting grape diseases.
Trying to be environmentally-friendly, the winery creates a nonwaste, ecologically clean production. To this very end, the crests, seeds and skin of white varieties which are left out of the fermentation process are grinded with manure. Before that, the manure is dried in the open air
for a year and only then are the vineyards fertilized with it.
The only main threat for the harvest is summer rains and hail, which is fought through drainage stations. Harvesting starts in the first week of September and lasts till October, depending on a year. For the sweet wines, harvesting takes places exactly 1 month after the main crop. The company claims to harvest 7 tons of grape from 1hectare.
Daily diligent work yields results, indeed. Over 35 employees of the winery constantly work hard in the vineyards, and the whole working process is managed and scheduled in line with the master plan of the estate, controlled by the enologist himself.

The construction of ArmAs winery started in 2010. 35 Italian professionals were engaged in the construction and organization of processes. Over 4 years, various groups of specialists moved to Armenia to teach the local wine growers, winemakers and constructors. The quality has always been a priority, which is why the whole construction material was transported from Italy. After 2 years of the start, in 2012, the winery was officially opened.
It was in 2012 that Emilio Del Medico from Italy, Friuli region, became the chief enologist of the winery. The Italian winemaker has extensive experience working in many famous European wine producing companies as an enologist and consultant.
Emilio Del Medico personally controls all the production processes. Even while being in Italy he online watches over meticulous observation of all the rules set by him in the winery. At the same time, he constantly receives samples for degustation.
As quality is a priority, almost all the top-notch technical equipment of the company is shipped from Europe, and the whole production circle is fully automated and synchronized.
Fresh grapes are supplied to the workshop through modern grape receiving hopper of stainless steel, produced by IMMA Italian company.
The inert membrane press machine functions in a unique partial load regime not to damage the seeds, and is produced by Bucher Vaslin.
The production is equipped with fermentation tanks (26, 75, 150 and 300 hl) with an automatic cooling system made by famous Italian companies "Albrigi" and "IFIND" from the Treviso region.
The pumping units, multi-level filtration system consisting of various filters (Cardon Sheets, Kizelgu, Diatomic, micro-filtrator, cartridge) are also of Italian origin.
The yeast for the fermentation process is supplied from France, by Laffort company.
The winery uses barrels made of French and Caucasian oak for the wine aging. However, the overwhelming majority of barrels is of local production. 70% of the barrels have medium toast level and 30% - low. At the same time, 80 classic barriques and 5 large barrels of 1500l are
used.
The company works with Diam Bouchage (Diam-10, Diam-5) and Amorim Cork to purchase wood corks.
The wines are bottled in one line, through a monoblock with a full cycle (rinsing, disinfection, filling, capping, capsuling, labelling). The overall bottling line capacity reaches up to 2200 bottles per hour. The equipment is produced by famous Italian company GAI.
The overall wine production volume ranges from 50 000 up to 200 000 bottles a year. However, the capacities are meant for up to 3mln bottles.
ArmAs winery produces 3 lines – Premium- Popular with 6 wines, Reserve with 3 wines
and the new line Keerk with 2 basic wines.
A special attention is paid to the quality of bottles which are imported for the two main lines from France, from Saverglass. For Keerk, bottles are supplied from Russia.
The best vintage years of the company are 2014 and 2018, and the 2020 vintage is expected to be very good.
The estate houses a personal enoteca with around 120 bottles from each vintage preserved in peace and silence for the history of the winery.
The new basic line Keerk features white and red dry wines. 2020 is the first year of its production; however, the wine is without vintage. Red Keerk is produced of Areni Armenian autochtonous variety. It grows in the vineyard and Areni for other wines is brought from Yeghegnadzor, Vayots Dzor region.
Reserve category feature 3 monovarietal wines – Areni, Karmrahyut and one white, Voskehat. The wines are made of the grapes from the best plots with premium selection. The wines are aged in oak barrels for 2 years. Initially, the wine stays in barriques and then is poured to 1500l barrels. The duration of ageing is directly linked to the vintage and year.
Voskehat Reserve is fermented 10 days in an oak barrel and is aged in a classical barrique for 10 months.
ArmAs Rose is indeed the pearl of the winery. It&#39;s bottled in an exquisitely-shaped bottle named Sofia, made by Saverglass.
ArmAs brandy is the exclusive project of the company. In 2022, the first vintage of 10- year-old premium brandy made of Kangun and Rkatsiteli is planned. The brandy is aged in French oak barrels of 500, 5000 – 5500l and in Caucasian barrels of 225 and 450l.
The first ArmAs Single Cask limited-production brandy which is now 8 years old will convey the whole pristine nature of the terroir of the region and will occupy a special niche in the Armenian and international markets.

Constantly developing the winery&#39;s infrastructure, ArmAs becomes a unique tourist site with annually organised festivals, festivities and events. The road leading to the estate is covered with small volcanic red soils to create a special atmosphere conveying the main goal and philosophy of the estate – "Renaissance of the Armenian winemaking with the use of local
varieties and historical local terroir".
The number of visitors in 2019 was over 5000, 80% of them being foreign tourists and the rest being Armenians.
The winery actively initiates various social projects for employment of residents of 5 neighboring villages and ensuring them with all the necessary conditions for work, such as transportation, food and accommodation in a dorm.

Leading a healthy internal and external marketing policy, ArmAs very quickly became popular among consumers. Hard work, faith and love to the mission of the winery allowed the estate to enlarge the end market. 70% of the production is now exported and 30% is meant for
the local consumption.
The U.S. is the first market of export. The list of the countries also includes Japan, Canada, Russia, U.K. France, the Netherlands, Belgium, Greece, Switzerland and Poland. The winery is constantly searching for new markets and is now in the process of entering new countries.